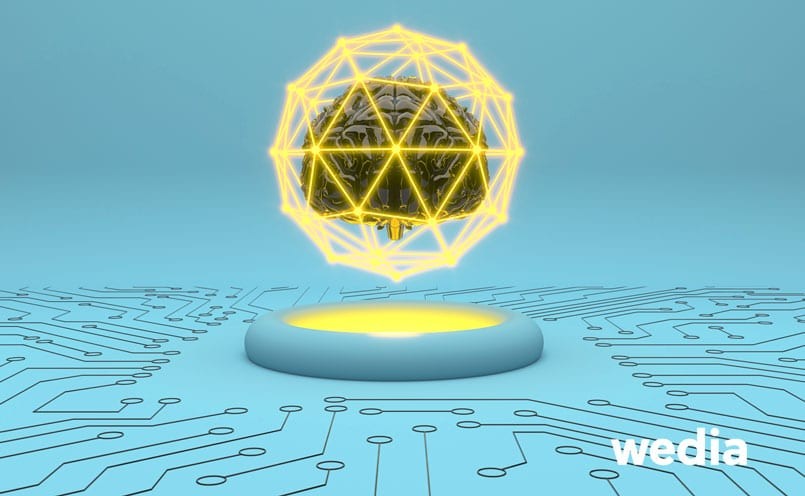 Generative AI and the DAM: a new era for creating content

Posted at 11:38h in Brand Content by Louise McNutt

In November 2022, OpenAI, a San Francisco based artificial intelligence (AI) lab launched ChatGPT, a new kind of chatbot which is able to converse with people in a remarkably human way. The result of this release caused somewhat of a stir and resulted in more than a million people using the Generative AI (Gen-AI) tool to compose poetry, finish schoolwork or even write new Queen songs.

The first notable phase of targeting consumers with content appeared during the 60s, when the rise of mass media advertising came into its own. This advertising technique aimed to appeal to as many people as possible with bold and expensive adverts that enticed people into buying into the same products.

This trend carried on for many years until 2010 when influencers began to create User Generated Content (UGC). Instead of coming directly from the brands, UGC was created by “real people” and more readily available on social media sites than corporate websites.

Now as we embark on a new year and a change in the technology available to us, so begins a new phase of content marketing. Consumers are increasingly demanding a personalised approach to how brands target them and the rise in Gen-AI software is only going to make this more apparent.

What is Generative AI?

The term AI (Artificial Intelligence) has been around for a while, but what is the difference between AI and Generative AI (Gen-AI)?

Artificial intelligence is an umbrella term which signifies any kind of technology that can replicate intelligent human behaviour. This ranges from tools that calculate simple algorithms to technology that mimics human-like thought processes. In short, it means using computers and computer systems to understand human intelligence.

Generative AI is a sub-branch of AI which works to generate new content, often in the form of text, images or music. To achieve this, the AI is “trained” using large amounts of existing data and essentially learns how to generate similar content based on what is has been shown.

Gen-AI can be used to create a variety of different content types. To create such content, AI needs to have “prompts” which are created from written text provided by a real person. For the time being, the way to get the best results from an AI is through human language, which contains the detail and nuances needed to set in motion an AI creation.

Images: through teaching an AI how to recognise what’s in an image, for example by showing it hundreds of pictures of palm trees, it is then able to replicate its own palm tree, combining it with other elements it has learned about.

Text: Generative-AI can write a whole article based on a simple sentence such as “a guide to climate change”. Platforms such as Jasper and Writesonic have garnered large followings and positive reviews for their accuracy.

Video: editing videos automatically is now possible thanks to Gen-AI platforms like Wisecut, which uses facial recognition to create impactful videos for social media. Gen A-I for videos has many other possibilities, like Movio’s ability to turn text into a video with a human-like avatar.

Music: telling a music-based Gen-AI to learn how to make heavy metal music based on Daft Punk’s style can be a way of experimenting with new music styles and inspiring artists for their own creations. Creating royalty free music is also another way that Gen-AI can be used for music.

Science and medicine: one of the more practical ways Gen-AI is being used is in science and medicine industries. For example, researchers can train AIs to generate new chemical compounds which allow them to quickly identify potential candidates for drug trials.

How Gen-AI is changing creative work

Thanks in part to OpenAI’s latest release, ChatGPT, the AI lab is now in talks for a deal that would value it at $29 billion, a figure that equates to twice its valuation in 2021. OpenAI has seen much investor interest, notably from Microsoft who invested $1 billion into the company in 2019.

The potential for Gen-AI is huge and calls into question how we may in the future use search engines, write articles and take photos.

Why has Generative-AI risen to prominence now?

The ability of Gen-AI to produce convincing images or articles that seem written by the human hand has come about through progressive technological advances over several years.

Indeed, the process of creating an image that doesn’t yet exist has involved computers being able to understand images and what is in the image. This has involved teaching the AI processing many examples certain elements, a flower for example, which then leads the AI to be able to recreate its own lifelike version.

AI has gone through various stages to get to where it is now, from creating very basic texts or images to now being able to produce content which is convincingly human.

It is this new ability that has meant that investors, stakeholders, companies and consumers are seeing the potential for what AI can do for the world we live in.

Couple this with a new desire to create a personalised content experience for users, whether it be on a brand’s website or within their app, and AI has begun to establish itself as a handy tool for many content producers.

How is Generative-AI being used?

Along with the example of Open AI’s chatbot, companies and individuals are using Gen-AI to build or inspire many different forms of content. Text, images, music and gaming are all fields which AI is beginning to infiltrate and its success is not going unnoticed.

In August 2022, Jason Allen won the Colorado State Fair’s first prize for the Digital Arts/Digitally Manipulated Photography category. His futuristic submission, which mixes Victorian stye costumes with astronaut suits, made history as it was in fact created with Midjourney, a Gen-AI software. This ability to create high-quality and striking images, that can go as far as winning an art prize, is testament to the new abilities of AI. 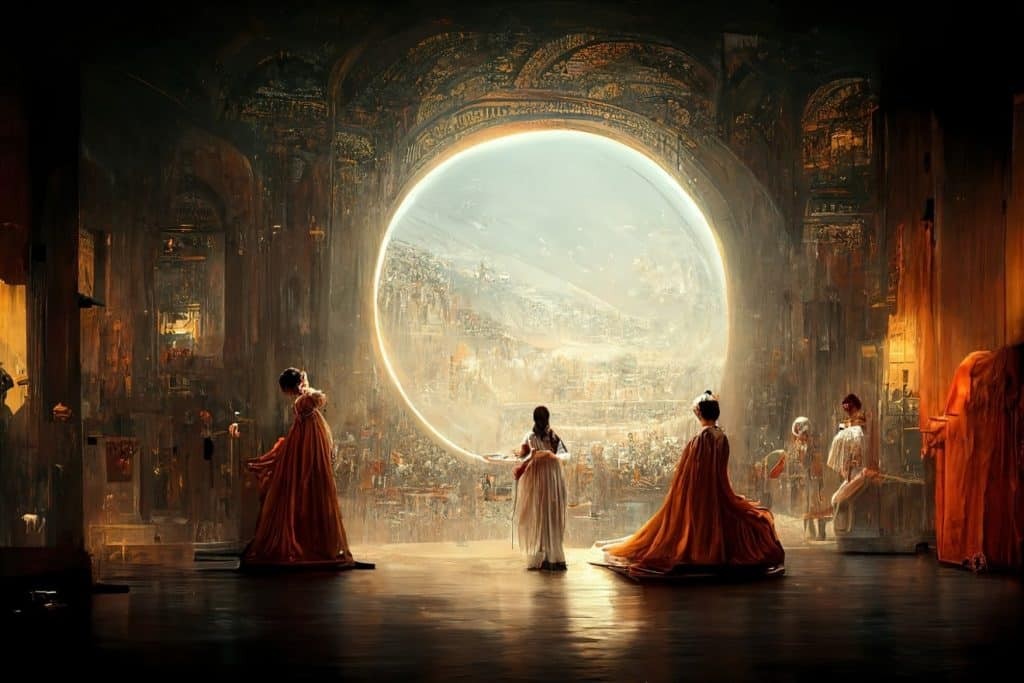 The technology has itself become so advanced that humans can teach it to replicate something which doesn’t yet exist, based on its understanding of hundreds and thousands of existing images. From works of art to song lyrics, Gen-AI is opening up new possibilities for many industries.

The different types of Generative-AI

With the power of Gen-AI being increasingly understood by many different companies and brands, how can it be harnessed by different industries? 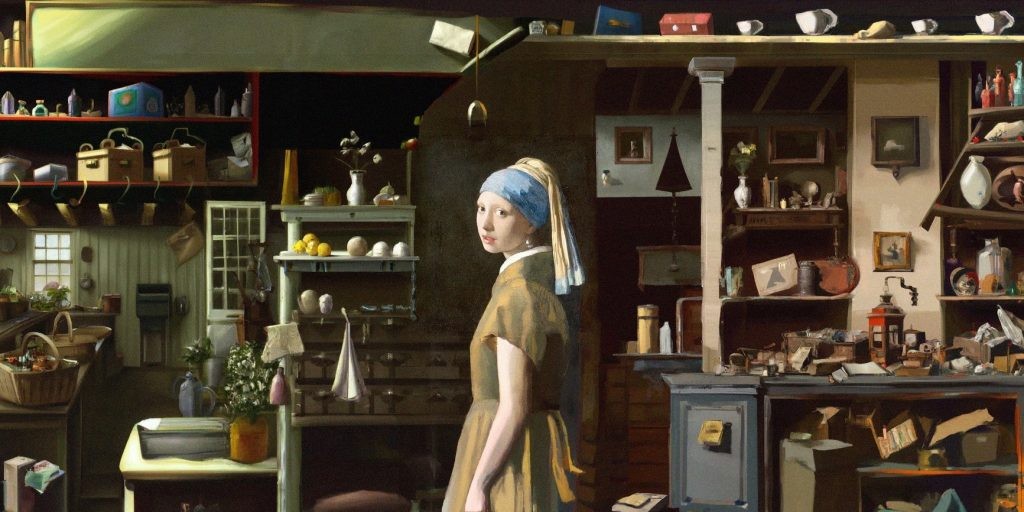 The power of the DAM and Generative-AI

As a way of storing, tagging and distributing different media assets, a Digital Asset Management (DAM) platform is a powerful tool that companies use to manage their content. This content could be used for advertising campaigns, social media posts or for e-commerce websites.

Thanks to the integration of a Gen-AI into a DAM, the ways of managing and creating content are maximised.

For example, for a company like Michelin the identification of its different tyres is crucial for its business as they need to be integrated into their different campaigns. A Gen-AI can identify what a tyre is but being able to understand what the specific references are is a harder task. Teaching an AI that works with your DAM what the various models of tyres are, is therefore a way of enhancing how your DAM can be used and integrating very specific products details into marketing campaigns.

Gen-AI is a way of creating content that doesn’t exist yet. This content can then be used to brief creative teams, create moodboards which could inspire campaigns or easily and effectively produce images for social media.

With an integrated Gen-AI solution, Wedia.ia, Wedia’s DAM is able to power the creation of such images.

Take for example a new campaign that a car company wants to carry out. They have just released a new model and the campaign is going to be a key way of promoting its launch. The team isn’t sure whether to shoot the advert with the car in a rainforest, beside a volcano or even in a futuristic, invented environment. Thanks to the DAM, the car company can mock up images with the car in these different scenarios in order to present them to stakeholders or the creative team.

Wedia’s DAM is able to inspire new ideas for images that don’t yet exist. For example, a drinks company is looking to promote a new soda and wants to add a new social media post with the drinks can in space. The image doesn’t exist yet but through refined language prompts within the DAM, the image can be generated and added to the brand’s social media campaign. 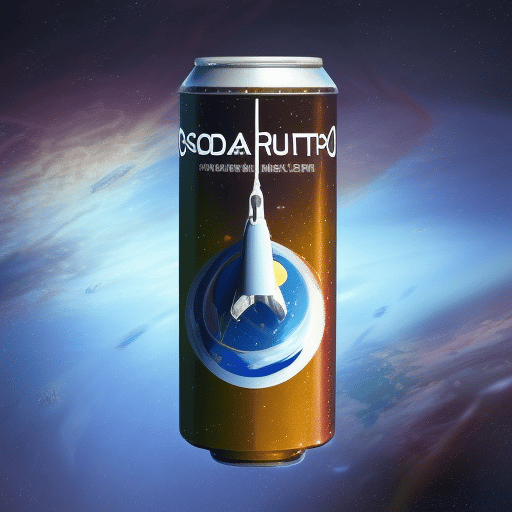 “Drinks can in space” campaign created in wedia.ia

What are the limitations of Generative-AI?

AI is at present a way to inspire the creation of content, not to replace it. Whilst AI can imitate human behaviour and expressions, it is not capable of truly mastering human interactions or creativity.

When generating images, AI software still struggles to perfectly replicate certain elements, for example the text on a bottle of sun cream gets mixed up when the AI tries to replicate it and certain proportions of the human body can become distorted.

The technology is certainly not perfect enough to take over the work of humans and requires the nuanced human language to prompt it into generating its creations.

Gen-AI is a powerful tool when it comes to how it can be used by brands to enhance their campaigns and streamline the process of content creation.

Integrated into a DAM, Gen-AI becomes a way of enhancing a company’s media library and stimulating the creativity of the marketing team.

Want to try it yourself? Take a look at Wedia.ia.

Want to be updated with
our latest news?
X

Create the perfect image for your marketing content in just seconds thanks to Wedia’s image generator tool integrated in its DAM.